Guyana contains one of the most prospective yet under-explored gold regions in the world. It has a long history of alluvial gold production as mining plays a crucial role in raising income levels and driving economic growth in Guyana. However, Guyana is also known for its challenging terrain that thwarts any attempts at establishing long-term infrastructure. With its thick rainforests and expansive savannah, traditional networking solutions cannot support remote operations. Researchers, engineers and workers in this industry have historically been forced to remain isolated from the world while on the job, foregoing the use of applications connecting them to their offices and families. iNet Communications, in association with Eutelsat, has implemented an innovative solution for one such mining company in Guyana. With intelligent use of satellite connectivity, portable technology and networking, iNet with Eutelsat have brought fully scalable internet connectivity to the mining community in Guyana. How does it work? When a temporary mining base is set up, the need for a portable internet connection is crucial as the operators will need to move to various locations during their exploration. Since these mining sites are very remote, the only suitable connectivity option is using satellite. This is where i-Net Communications stepped in to assist. To respond to the connectivity needs of DD Mining, i-Net Communications installed a portable networking solution that uses satellite to achieve connection. The VSAT setup consists of a portable modem, transceiver, small 1 metre satellite dish and light-weight router which can be easily transported and set up on command. Thanks to Eutelsat’s satellite reach in the area, DD Mining could achieve a consistent, reliable connection to the head office and the outside world. With the entire set up of the solution taking less than an hour to establish a connection, DD Mining no longer encounter the bottlenecks and delays of the past. Workers and staff can easily connect with their family and friends over long mining expeditions and keep in touch with the rest of the world. The solution was a resounding success on all fronts. George Melville, CEO of Global Technology and i-Net Communications, is delighted that his company can contribute to improving work conditions in the country: “Communication between mining camps and the city was previously difficult due to limited or no internet access. Our customers in the mining industry mostly appreciate the flexibility, affordability and reliability of our service that allows them to carry out their onsite work efficiently. We value the fact that connectivity is contributing to the advancement of mining in Guyana, and we are proud to be able to provide high-quality connectivity to the camps regardless of their remote nature.” 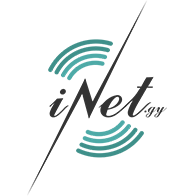